A notebook is a notebook computer, a battery-powered small PC with a fold-out screen the size of an A4 sheet of paper with a height of only a few centimeters. This device category has replaced the somewhat larger and therefore somewhat bulkier laptops.

A notebook has the same performance as a desktop PC, it has its own keyboard, miniature hard drive or solid state drive and DVD drive, speakers and its own display, mostly TFT displays or OLED displays with a size of 12" or 16" are used. Some versions have a 16:9 display with a size of over 18" and a resolution of 1,920 x 1,080 pixels. Smaller notebooks are called subnotebooks, and even smaller ones are called netbooks. The displays of subnotebooks range in size from 10" to 13", while those of netbooks are under 10". 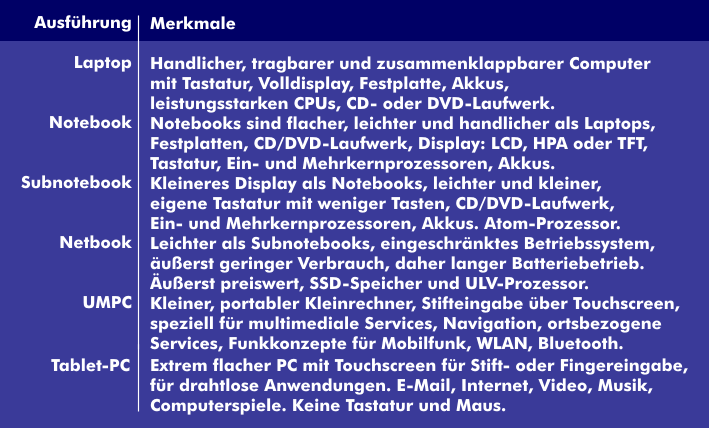 Notebooks are equipped with powerful central processing units( CPU) designed specifically for mobile use. These can be processors with low power consumption, such as ULV processors, dual-core processors or even quad-core processors like the Core i7, from Intel. Others work with the Pentium or Celeron from Intel, and still others with the Phenom, Turion or Athlon from AMD. The clock frequencies of the CPUs range from 1 GHz to over 3 GHz, the values for the Thermal Design Power( TDP) range from a few watts to over 100 W, and those for the computing power reach between 5,000 to over 150,000 Dhrystone MIPS( DMIPS).

In addition to the powerful processors with more or less large caches, large main memories with Double Date Rate( DDR) and storage capacities of 4 GB and more are part of the basic equipment, as well as hard disks of several hundred gigabytes and more and a DVD drive. In terms of interfaces, they are usually equipped with several USB ports, Firewire, PC card slots and some also with other interfaces like the High Definition Multimedia Interface( HDMI). For communication, there are wired USB and Ethernet interfaces, wireless connections with WLANs according to 802.11 and Bluetooth. Some notebooks already have integrated modems for UMTS. 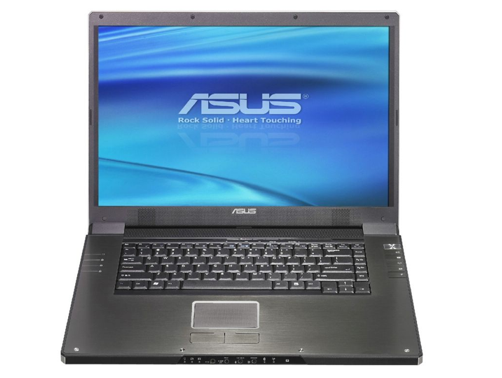 Notebooks work with a standard PC operating system and can also play back audio, graphics and video. For graphics display, the devices have an on- board or shared memory graphics card, with the latter using memory space from the main memory. When playing high-definition video or computer games, special graphics cards with a large amount of working memory with Graphics Double Data Rate( GDDR) can be used.

Battery- or mains-powered notebooks are used in mobile computing and as mobile offices with mobile Internet. These applications are supported by Centrino, an Intel initiative. The areas of application for notebooks range from the mobile office with direct access to the corporate network to access to the Internet and mobile reception equipment for digital TV. These applications, which go by the name of "everywhere TV," are supported by TV PC cards and USB receivers.