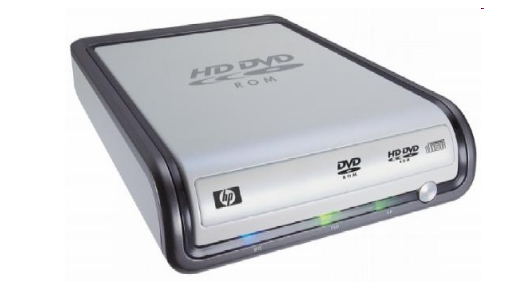 DVD drives use a red light laser with a wavelength of 650 nm (635 nm) to scan the spiral track, which has much smaller spacing than the compact disc( CD), whose laser has a wavelength of 780 nm. They have error correction with Reed-Solomon code, which is particularly powerful and offers a very low error rate. The single speed data transfer rate of DVD drives is 11.08 MB/s, which is about 6 times that of CD drives. DVD recorders offer disk-at-once operation( DAO) and incremental writing in track-at-once operation as write methods.

DVD drives are used for data storage in personalcomputers and as mass storage in jukeboxes.