The evaluation of the computing power of computers 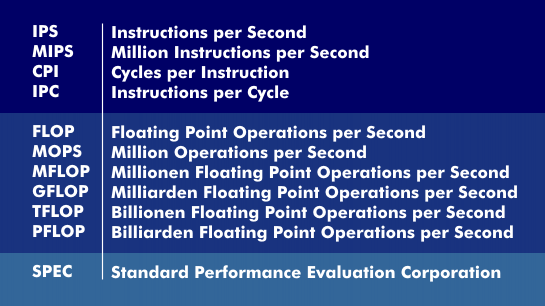 The FLOPS specification also proves to be of little help for certain components, since many computers work with integers( integer), logical operations or special commands. Since the aforementioned units of measurement for computing power are only applicable to a limited extent, benchmarks are also used to evaluate the computing power of computers, i.e. comparative tests under specified framework conditions. The Standard Performance Evaluation Corporation( SPEC) has specified corresponding benchmarks for central processing units( CPU), virtual machines and special applications. The Whetstone test and Dhrystone test belong to the rather rarely referenced benchmarks.