A network card, Network Interface Controller ( NIC) or Network Interface Card (NIC), is a printed circuit board or chip that connects the network directly to the end device. It can be a plug-in card for a bus system used in the personal computer: for Industry Standard Architecture( ISA), Peripheral Component Interconnect( PCI) or PCI Express, for Versa Module Europe( VME) or microchannel. 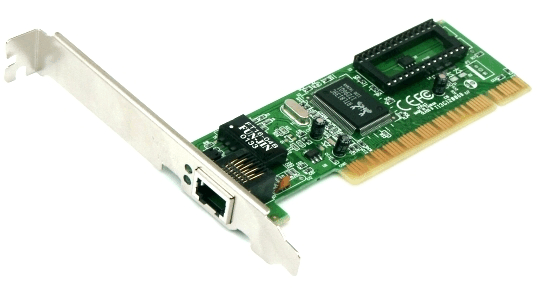 Network adapter cards are available for all local area networks( LAN): for Ethernet in the different variants, Token Ring, Fibre Channel or WLANs. As for the versions, they support a wide variety of data rates, ranging from 10 Mbit/s to 100 Gbit/s and above for Ethernet. The NIC card itself covers the functions of the link layer and has its own communications controller, a transceiver and a central processing unit, depending on the version.

Network cards are used in personal computers, workstations, routers or other end devices and network components where they establish the connection to the wired networks, the optical transmission media or by means of Wireless Network Interface Controller(WNIC) to the radio-based WLANs. Since the turn of the century, chips installed directly on the motherboard have also been used instead of network cards. This means that dedicated NIC cards are no longer required. 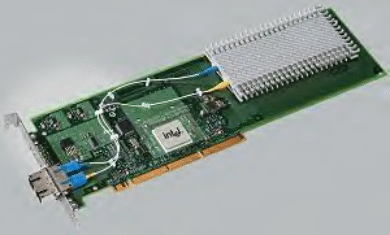 When a network card is installed in a computer, the corresponding driver is also downloaded. In addition to physical adaptation in the physical layer, most network adapters or NIC chips handle additional communication functions such as transmission security, flow control, compression, I/O interrupts, partitioning, and switched link control.