In general, a communication network is a transport system for message traffic between people and systems. A communications network provides the end-to-end connection between the end subscribers or the subscriber devices so that they can communicate with each other. 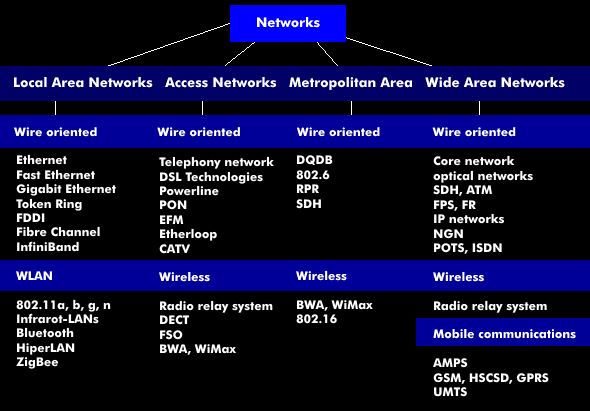 Overview of the various networks 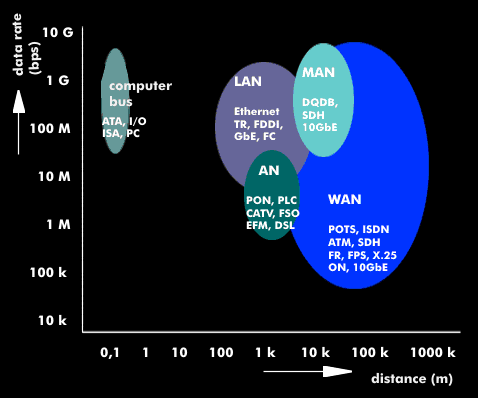 The different networks compared in terms of expansion and speed

The development of communication networks over the years shows a wide variety of network structures and switching technologies. Depending on the conception, these networks were and are company-oriented like the corporate networks( CN), service-oriented like the value-added networks( VAN) or protocol-oriented like the IP networks. The current state of development relies on end-to-end quality-of-service networks, which in most cases operate as transport networks on Layer 2, such as Frame Relay, ATM, Leased Lines, or as Virtual Private Networks( VPN) on Layer 2, such as Permanent Virtual Circuit ( PVC) over Frame Relay( FR) or Virtual Circuit( VC) over ATM. These concepts rely on the overlying mechanisms, such as IPsec, to establish VPNs on Layer 3.