For communication partners to be able to communicate with each other at all, they must comply with certain agreements and rules. These rules are the protocols. A single protocol always processes a specific functional area, which in the case of data communication can correspond to the functionality of a layer of the OSI reference model.

The protocol in data transmission

A data transmission protocoldefines the rules in the form of a directory. It contains all formats whose semantics and syntax, parameters and properties enable complete, error-free and effective data transmission. Protocols contain agreements on data formats, timing and error handling during data exchange between computers. Different protocols are necessary for a data connection. 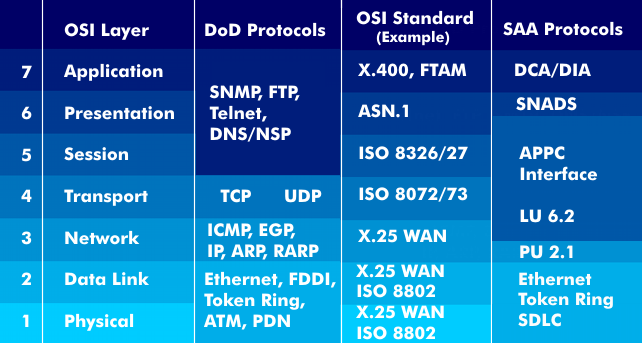 At the beginning of computer communication, manufacturer-specific protocol families were formed due to the proprietary solutions for network architectures and the lack of universally valid conventions. The best-known protocol families can be found in SNA, in DECnet, under NetBIOS, Vines, Netware, AppleTalk and LAN Manager. In addition to the manufacturer-specific protocols, protocols with a manufacturer-independent character became established in the course of the 1980s. The documents for these protocols became generally available and thus found a corresponding spread. The best-known protocols in this group are the XNS protocols from Rank Xerox and the TCP/ IP protocols initiated by the U.S. Department of Defense( DoD protocols). Parallel to this development, the international standardization organization( ISO) defined the OSI prot ocols as manufacturer-independent protocols. However, these have not yet been able to gain general acceptance due to the diversity and power of their functionality.

Today, communication between two application processes is generally based on the OSI reference model with its 7 layers. Communication capability( compatibility) always exists only among those end devices for which identical protocol layers are defined and for which the protocols match at each layer.

The concept of protocol in object-oriented programming

In object-oriented programming, a protocol is specifically understood to be the set of all messages that one object can receive and process from another object, i.e., the set of features of an object to which other objects are granted access rights.