The term rendering is used in graphic image processing, in the creation of video sequences, in image synthesis and also in web browsers for HTML rendering, which works with Cascading Style Sheets( CSS). In the context discussed here, rendering is used to create a realistic graphical volume model, animation or video sequence from a computer model. It is a step in the creation of a graphical object or multimedia sequence.

If simple models, such as wireframe models, preview formats or compressed data formats are used in the creation phase of complex graphic objects, animations or video sequences in order to keep the computing time as low as possible, detailed calculations must be performed when the object or animation is completed. This includes not only realistic but sometimes also photo-realistic renderings. The rendering takes into account, among other things, the surface structure and shadowing, material properties, color gradients, material transparency, light sources, the background, the motion sequence, and so on. These calculations are performed by the computationally intensive rendering before final completion. 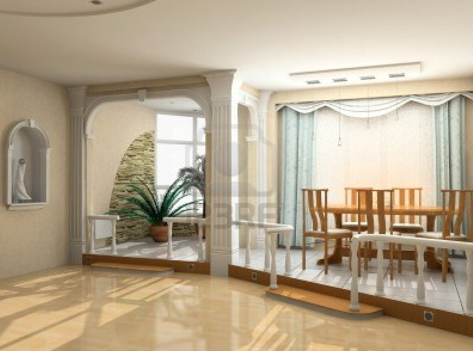 In image processing, there are several rendering techniques such as Gouraud shading, ray tracing, radiosity or scanline, which differ in quality and possible uses, simplicity and complexity. Some offer advantages in light source positioning and shadowing, others in surface texture calculation and surface smoothing. Depending on the method, the computational effort for rendering can take several hours.