Incommunications engineering, the phase is the angle of a signal part. It is specified in angular degrees and represents the reference to the reference value of the complete signal. 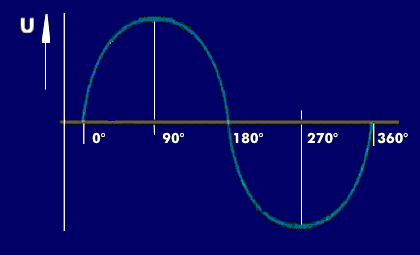 Phase angles of a sine wave

The vector underlying a particular phase position is called a phasor and can be measured with a vector meter.