A gyrosensor or a gyroscope is an acceleration sensor or position sensor that reacts to the smallest accelerations, rotations or changes in position. The principle of the gyrosensor is based on mass inertia and is used, among other things, in centrifugal governors.

The rotational movements detected by a gyrosensor are expressed in terms of a voltage change related to the rotational speed: Millivolts per degree of rotational motion per second (V/deg/s). Another gyro method is used in navigation devices in cars. It works according to the piezo effect. In this process, two piezo elements are made to vibrate by applying a voltage. When the direction changes, a force acts on the legs of the piezo elements, causing them to bend and generate a voltage. 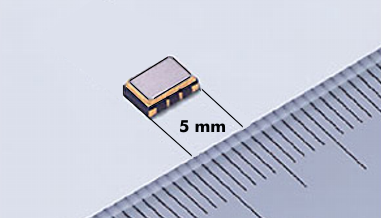 In modern computer technology, gyro sensors are used in digital cameras and camcorders for optical image stabilization( OIS), but also in smartphones and tablet PCs for position determination. In addition, gyro sensors can be found in computer games, in robotics, in automotive technology to transmit changes in driving direction to the navigation system, and also in smart wristbands to record the user's step activities. In smartphones, for example, it's all about position sensing. As soon as the position sensor detects a new orientation of the smartphone, it switches the display format from landscape to portrait or vice versa. The viewer is thus offered the optimal orientation of the display without any intervention on his part. Well-known mobile devices in which gyrometers are used are Apple's iPhone and various tablet PCs such as the iPad or WebTab. Increasingly, gyro sensors are being designed as MEMS sensors with integrated analog front ends.

To cater to the gaming instinct on these devices, there are some balance games based on the gyro sensor.