A sensor or transducer is a component that converts a measured physical quantity or chemical effect into an analog electrical signal. Physical quantities can be pressure, weight, acceleration, light intensity, temperature, humidity, radiation, sound, magnetic flux, rotational speed, and many other physical quantities.

The sensor senses the physical quantities and uses inductive, capacitive, piezoelectric, magnetic, field strength, radioactive, charge, or photoelectric transducers to convert them into an electrical voltage, which the sensor places in a fixed relationship to the input quantity. Thus, a sensor scales the signals to make them interpretable for further processing. 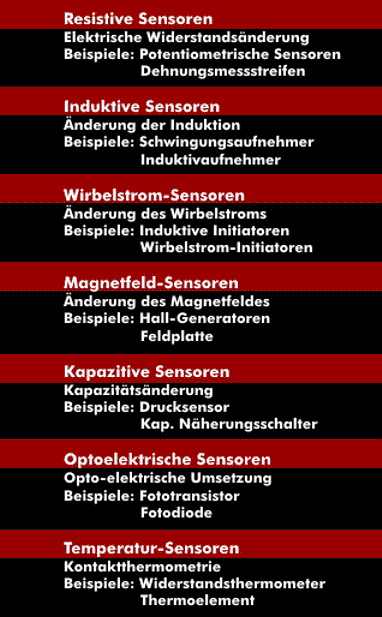 A distinction is made between wired sensors and wireless sensors. In addition, sensors can be equipped with their own intelligence, for example with a microprocessor or microsystems. In this context, the term smart sensor is used. From the design, sensors can be discretely built components, but in addition increasingly in microsystem technology( MST), as MEMS sensors, such as inertial sensors with integrated microcontrollers, radio chips, preamplifiers and digitizers, as they are realized in analog front ends( AFE).