IQRF is a radio technology used to interconnect Internet of Things( IoT) devices and components via a wireless mesh network( WMN). IQRF operates as a packet-oriented communication network in the ISM bands at the sub- GHz frequencies 868 MHz and 433 MHz. It is an SRD technique with a channel width of 100 kHz. There are 16 channels in the 433 MHz band and 62 channels at 833 MHz.

The data rate supported by the IQRF transceivers is 19 kbit/s. This data rate is suitable for the transmission of sensor data, measured values and control data. IQRF uses frequency shift ke ying( FSK) as the modulation method. The data packets have a maximum packet size of 56 bytes and the transmission power is 10 mW. The mesh networks consist of a main transceiver, the coordinator, which communicates synchronously with the other transceivers, the nodes. The IQRF transceivers are designed as a small smart card the size of a mini- SIM card with a microcontroller, RF circuitry and antenna. The maximum number of nodes is 239. 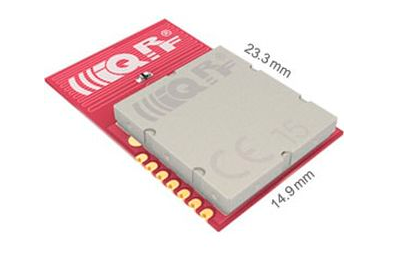 The nodes are controlled by Direct Peripheral Access( DPA), a simple transport protocol used to send commands and receive messages. It also takes care of pairing the nodes with the coordinator and connecting the nodes to the mesh network. 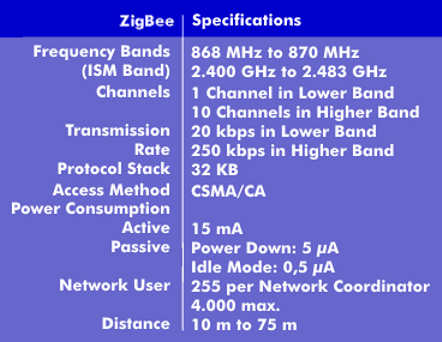 In terms of communication, the coordinator is the central control component and sends data packets with instructions to the corresponding node, identified by a virtual number, the Virtual Routing Number (VRN). The data packets are forwarded in time slots assigned to the nodes. The transmission is therefore collision-free.