The trend towards small form factors is evident in module technology, in which complete micro servers are housed on small modules. Computer on Module( CoM) is one such module technology, Server-on-Module another. This technology could only be realized because powerful processors such as Intel's Xeon became available as highly integrated components in BGA packages.

These processors are manufactured in an integration density of 14 nm and integrate the central processing unit( CPU) and the graphics processingunit( GPU) in a BGA package with an edge length of less than 40 mm. Depending on the processor used, they can be multi-core process ors with 16 processor cores, 48 GB ofDDR4RAM, 32 PCIe lanes and 10 GbE interfaces.

As far as standardization is concerned, the PCI Industrial Computer Manufacturers Group( PICMG) has specified carrier grades and defined a design for server-on-modules with the COM Express and the PCI Express as the bus system. 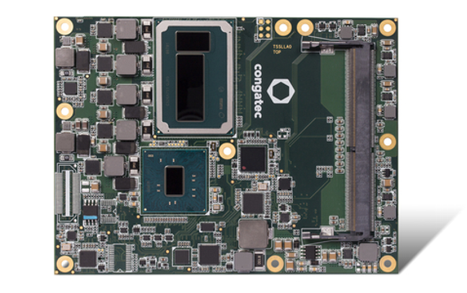 Server-on-Modules are used as powerful edge servers, which have comparable functions to Fog computers, in the network transition between the networks of different network operators or at the network transition to corporate networks. They are designed for industrial applications in the Internet of Things( IoT) and are used for pre-processing and transcoding ofBig Data, as well as for media processing, industrial automation and the management and control of local processes. In telecommunication networks, they must meet the highest availability requirements and comply with carrier grades.