The File Transfer Protocol(FTP) is used for file transfer between different systems and for simple file handling. The FTP protocol is based on the TCP protocol and knows both the transfer of character- coded information and binary data. In both cases, the user must have a way to specify in what form the data is to be stored on the respective target system. The file transferis controlled from the local system, the access authorization for the target system ischecked for the connection establishment by means of user identification and password. 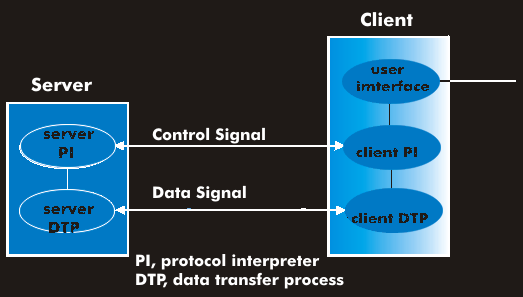 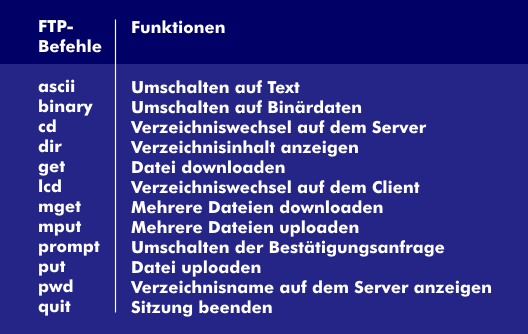