RF power amplifiers amplify corresponding frequencies to transmit powers of a few milliwatts or watts up to several hundred kilowatts. High Electron Mobility Transistors( HEMT), LDMOS transistors or HBT transistors made of gallium arsenide( GaAs) or gallium nitride( GaN) are used as active semiconductor components. RF power amplifiers form the final amplification stage of transmitters and operate selectively in a specific frequency range. Their task is to match the output signal of the RF power amplifier to the low antenna impedance. The gain of RF power amplifiers is about 10. Another important characteristic is the power efficiency ratio( PAE). 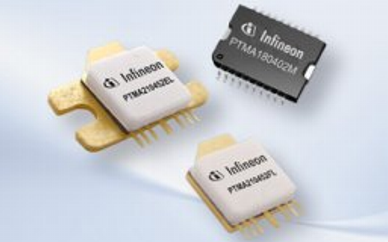 RF power amplifiers are used in every cell phone and smartphone, where they generate only a few milliwatts, in RF generators, base stations, wireless access points( WAP), and in transmitters, where they generate transmission powers ranging from a few watts to several hundred kilowatts, depending on the frequency range.