A HEMT transistor consists of several thin, superimposed layers ofsemiconductors such as gallium arsenide( GaAs), gallium n itride ( GaN) or indium phosphide( InP) with different band gaps. The spatial separation of electrons and donors is crucial here. Donors are substances that have more electrons in their valence band than semiconductor atoms and thus donate electrons, protons and ions. The electrons no longer collide with the donors, but are completely free to move in a plane. As a result, these transistors are extremely fast and have extremely low noise. 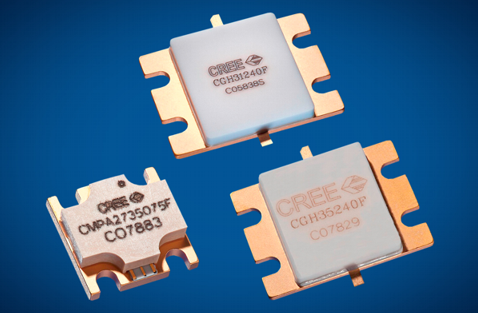 HEMTs are therefore used in microwave transmitters, satellite transponders but also in LNB converters. There are millimeter-wave HEMTs with high power density that operate at operating voltages of about 50 V and achieve an output power of several watts at 30 GHz. Technically, HEMT transistors have already been developed with cutoff frequencies at 500 GHz and above.