The OSI protocols are vendor-neutral protocols that functionally support the individual layers of the OSI reference model. In the initial phase, after the standardization of the reference model in 1983, some protocols were introduced for the transport layer, the communication control layer and the application layer. After that, new protocols and services were developed regularly, but they lack the necessary market acceptance. This is often due to the long development times, during which very often vendor developments became quasi-standards. 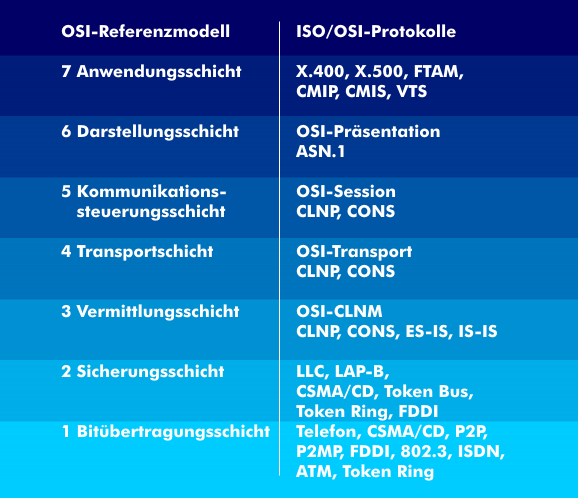 The communication control layer is split into two protocols for connectionless and connection-oriented services. OSI 8327 is a session layerprotocol used in the Digital Network Architecture (DNA). The presentation layer uses Abstract SyntaxNotation One( ASN.1) as the coding or decoding language.