A state machine is a state machine that consists of a switching logic and a state memory. State machines are used for the processing of simple commands, for example in transponders of RFID tags, where they are used in the address and security logic, or in TCP connections, where they define the exact states for transitions. 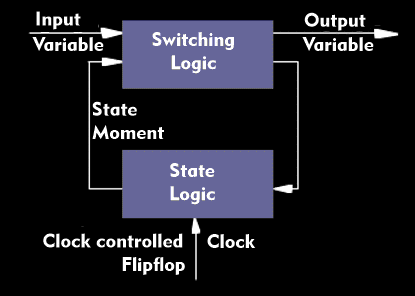