Serverless backup is a concept where backups are performed over the network and production servers are not involved in the backup process. Serverless backup systems use Fibre Channel( FC) or other network architectures for backup, offloading the server so that it is available for other applications.

With serverless backup, data is backed up directly between the primary and secondary storage units without the data being stored putting a load on the server. All activities related to data backup are performed by the storage network itself. 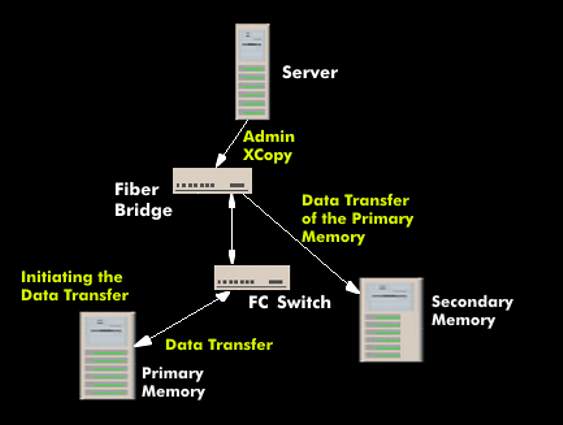 The tape drive server acts as a kind of system coordinator that manages the entire data backup. The backup is triggered by the server sending the XCopy (Extended Copy) command multiple times, which sends this command to a central fiber bridge or FC switch. The FC switch acts as a backup agent and initiates the data transfer from the FC storage unit via the FC switch to the secondary storage unit where the data is copied to. The intelligent backup agent and the backup procedure communicate with each other via the Network Data Management Protocol( NDMP).