A simple principle of a thermal printer, the direct thermal printer, works with special paper consisting of colorless particles and wax. Heating the particles creates a chemical process that changes the color of the particles. The wax layer preserves this change. These printers are also called specialty paper printers.

Another process, that of the thermal transfer printer, uses a foil with a wax layer in which the colored particles are embedded. The foil is heated by a heating strip and transfers the color particles, which have been released by the heating, directly onto the paper. The dye sublimation printer uses a similar process. 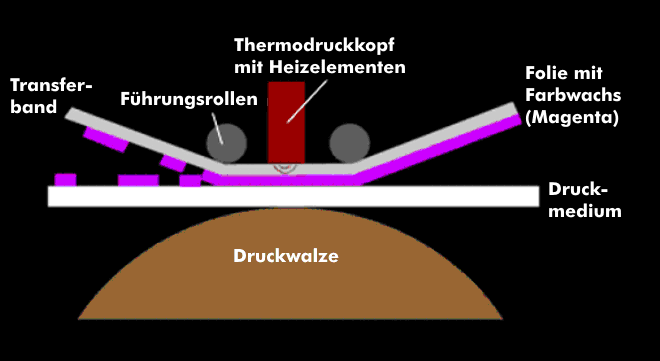 Structure of a thermal transfer printer

The phase-change printer, on the other hand, is similar in function to the inkjet printer. Instead of the ink jet, the wax of a wax pencil is liquefied at 90 °C and kept in a liquid state in a reservoir. The transfer to the paper takes place with a print head comparable to that of the inkjet printer. The liquid wax cools down immediately after leaving the print nozzles. 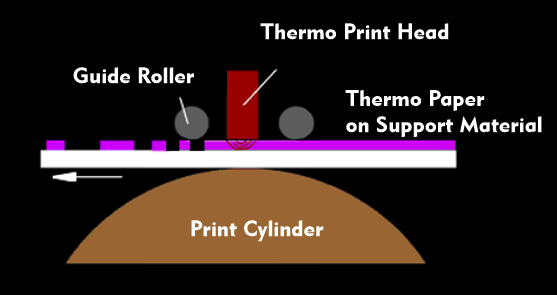 Structure of the direct thermal printer

The process used in the printer is called the phase-change process and refers to the change in the state of aggregation of the wax, which is solid at normal temperature, is liquefied by heating and later returns to the solid state.