Speech Application Programming Interface(SAPI) is a programming interface under Windows with which the programmer can program speech-oriented programs such as text-to-speech or applications for speech recognition in the programming languagesC++ C++and Visual Basic.

The SAPI interface supports the functions of a voice-controlled user interface(VUI) with which applications can be voice-controlled via a voice command menu. The voice input can be done via the microphone in the computer or via an external microphone. Furthermore, the SAPI interface offers speech dictation, where the user reads in a text that is displayed on the screen in written form: Speech-to-Text( STT). With reversal of this function, written text becomes speech output of written text by means of Text-to-Speech( TTS). 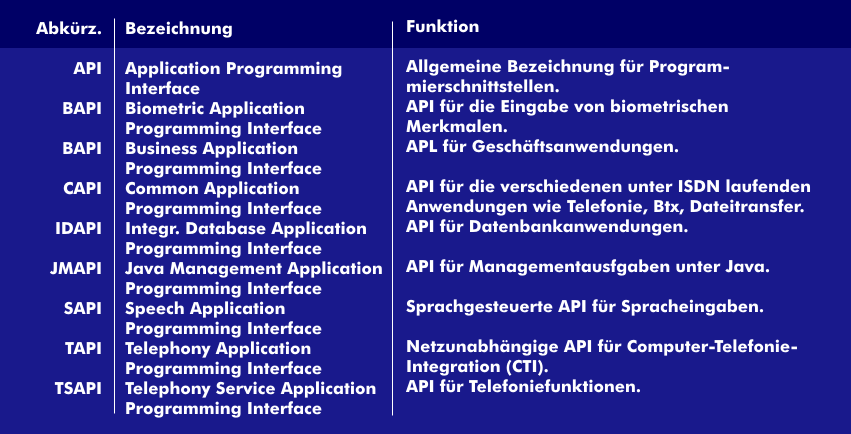 Besides the mentioned functions, the SAPI interface also supports control of telephony through various controls such as buttons and sliders that can be activated with the computer mouse and cursor.