Indata, information and communication technology, a program is a sequence of commands that tell the computer how to proceed with the task. The program is stored in the main memory and retrieved by the central processing unit and processed serially.

Such a program consists of a sequence of numbers representing the individual operations. This principle, in which the programs are represented as numbers, is called a stored-program computer or Von Neumann computer, whose namesake, John von Neumann, developed the concept. 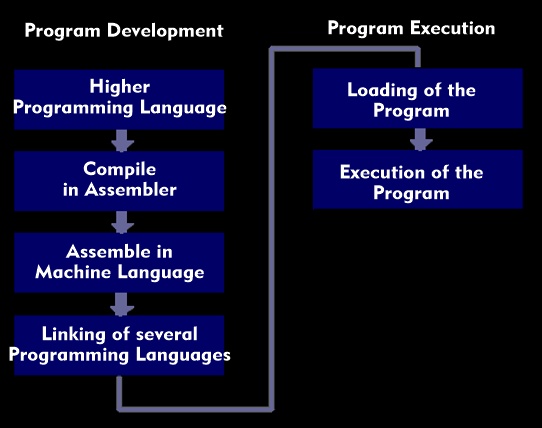 Phases of program development and execution

Programs are problem- or task-dependent defined work instructions for systems that can be controlled using preconceived rules and techniques. The program is represented and held ready in a form that the system to be controlled can recognize to execute the instructions and convert them into instrumental functions. On the way from the problem or task definition to the executable program, machine- and user-oriented program modifications must be made.