High-voltage direct current transmission is used as an alternative to the high-voltage grid for the transmission of electrical energy over long distances. HVDC transmission uses an LCC converter as a rectifier, or a voltage source converter ( VSC). Another type of converter used in HVDC technology is the Modular Multilevel Converter( MMC). This is an inverter that generates three-phase current from high voltage. 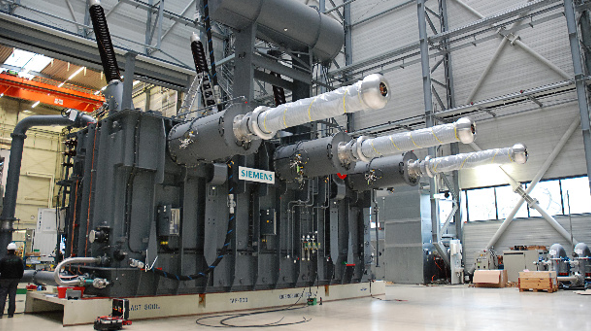 An LCC converter consists of two series-connected circuits formed by thyristors or Graetz bridges. Here, the incoming three-phase AC voltage is fed to the thyristors of a rectifier via filters and power factor correction. The DC current is transmitted as high-voltage DC and flows through a second pair of thyristors forming the inverter. It continues in a loop to the thyristor pair of the rectifier. This design allows alternating current to be supplied on both sides and transmitted as direct current.