In the past, high-voltage lines and three-phase current were used for interregional power transmission. The advantage of this technology is that it is easy to transform. However, three-phase lines have relatively high losses due to capacitive reactive currents, inductive resistances and the skin effect, which reduces the effective line cross-section. These losses can accumulate to well over ten percent for distances of a thousand kilometers. 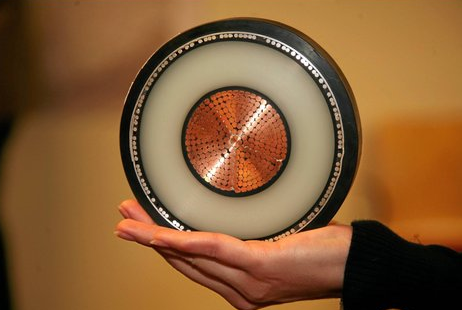 High-voltage direct-current cables can transmit voltages of up to 1 megavolt (MV) and power of several 1,000 megawatts( MW). They are available as overhead lines, underground cables, or high-voltage submarine cables. Unlike three-phase cables, they consist only of the current-carrying conductor and the ground conductor. The main advantage lies in the lower losses compared with AC transmission. For example, if we assume a loss of 6 % for a line length of 100 km for AC lines of 110 kV and one of 0.5 % for a line length of 100 km for an HVDC line of 800 kV, this results in a loss reduction of 11 MW for HVDC transmission of 200 MW over 100 km. Thus, 11 MW of power loss is saved for a line length of 100 km.

HVDC transmission is specified for voltages between 100 kV and 800 kV and powers between 500 MW and 6,400 MW. The more powerful variant of HVDC technology is ultrahigh-voltage direct-current transmission (UHVDC). This technology involves outputs of up to 10 gigawatts( GW) and more and voltages of 800 kV and 1,100 kV.

As far as exposure to interference fields is concerned, static electric fields and static magnetic fields are generated during transmission. Both have a relatively low field strength, which, when laid as underground cables, is roughly equivalent to the strength of the earth's magnetic field and does not pose a health hazard. The static electric fields of underground cables are shielded by the cable insulation, shielding, and soil to the extent that they are barely measurable at the earth's surface. 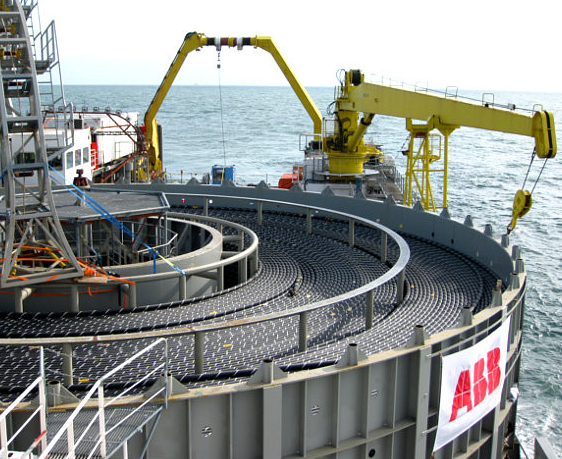 As underground or submarine cables, high-voltage DC cables have a diameter of between 5 cm and 20 cm. They are laid for offshore wind farms or across countries and continents.