Dialog operation is one of the wayscomputers communicate with each other. Another is the request- response method. In dialog mode, several terminals are connected to a computer system and issue short partial orders to it, either simultaneously or in real time, by entering into a dialog with the central computer.

The computer processes the partial orders in the order in which they are received or it prefers prioritized orders. The computer transfers the results or partial results to the corresponding terminal. The order in which the partial orders are processed depends on the type of dialog. This is determined by the user in the case of free dialog. However, there is also the restricted dialog, where the program determines the sequence. 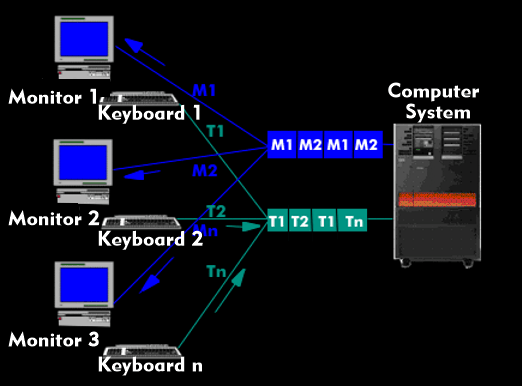 The technical prerequisite for dialog operation is input/ output devices that are connected online to a data processing system. Depending on the dialog control, the user can enter a new dialog immediately after receiving a partial job.

Operating systems for dialog operation include the DOS operating system, various Windows versions and Unix or Linux. Application examples are editing systems and booking systems in the money, travel and goods traffic. In contrast to dialog mode is batch processing.