Linux is a Unix derivative with a PC operating system that was developed in the 1990s by Linus Torvalds for use on workstation systems and in connection with the Internet.

Linux is a license-free operating system, which is characterized by a high portability and platform neutrality. It is being further developed by programmers worldwide, with development taking place in distributed development groups over the Internet, as is communication between the development groups and the distribution of the operating system. On some FTP servers are the current kernels, which can be downloaded free of charge. The Linux kernel is compatible with the POSIX standard.

Linux is like Unix a multi- user system with multitasking and virtual memory, which supports TCP/ IP as communication protocol. 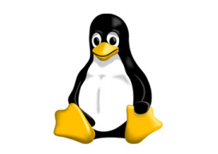 The range of application programs includes a large number of public domain software for commercial, administrative and technical applications.