The core network( CN) is the actual backbone network. It can be an IP network or SDH network, ATM or an optical network( ON) to which the access networks( AN) are connected.

Core networks, formerly known as long-distance networks, were built on voice switching and gradually expanded. The core network provides nationwide connections with high transmission rates over long distances. The basis of a core network can be the national, international and global telecommunications networks, but also independent high-speed networks. 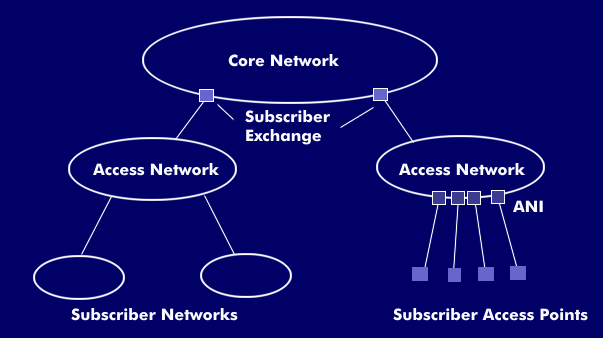 Access networks with connections to the core network and subscribers

The core network generally has a meshed structure, with the meshing points formed by optical crossconnects( OXC) or by label switching routers( LSR). Meshing provides the ideal conditions for scaling through redundant traffic paths and high availability, which can be used immediately in the event of a fault. These functionalities are provided by core switches and increasingly by edge devices. The edge space is dominated by label edge routers( LER), scalable switches, wireless access points( AP) and end-to-end performance optimization devices. 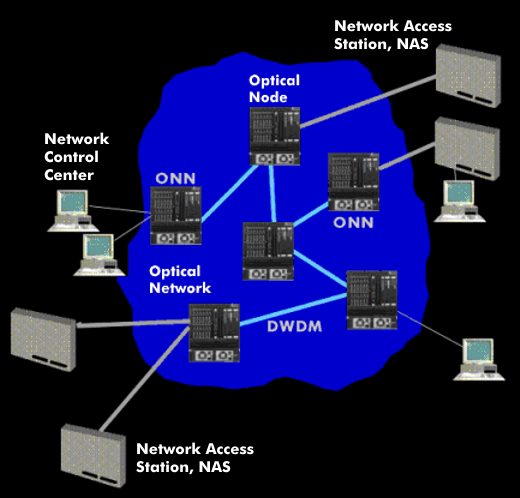 Structure of an optical core network with DWDM links.

In optical core networks, the trunk fibers can also be operated in wavelength division multiplexing(WDM, DWDM) to increase transmission capacity. A further increase in performance can be expected with All Optical Networks( OAN), which have transmission rates of over 100 Gbit/s.

Core networks can be expanded by using fiber optic submarine cables as well as by integrating mobile networks and satellite networks.