Asynchronous Transfer Mode (ATM) is a switching, connection-oriented basic technology for wide area networks and local area networks( LAN), which can be used to transmit time-critical applications. This technology can be used to transmit voice and data, as well as multimedia, audio, video, interactive television, video conferencing, and much more. With ATM, different transmission speeds, network extensions and services with different service qualities and low calculable delays can be realized. ATM offers these possibilities due to its time transparency and scalability.

The asynchronous transfer mode ATM was first developed as a switching technology for wide area networks(WAN), including B-ISDN, and has extended its scope to local area networks (LAN) since 1991. 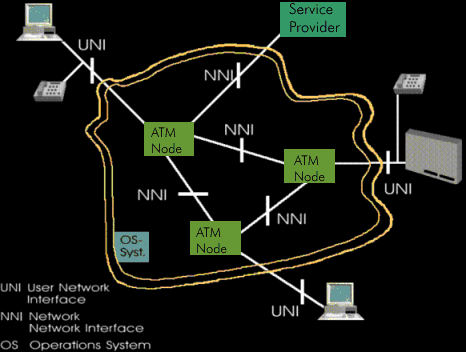 ATM is one of the few technologies for high-speed networks that is capable of flexibly transmitting and switching data streams of different bit rates. 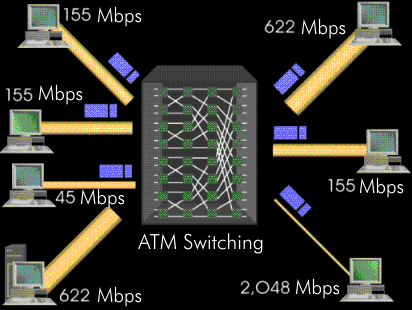 The principle of ATM

Due to its architecture, ATM opens up the possibility of realizing ATM data rates up to the physical limits. In the case of transmission via optical fibers, the enormous transmission bandwidth of about 30 THz (`10^12` Hz) is available. ATM switching units with processing speeds of up to 1 Tbit/s have already been realized in research laboratories. 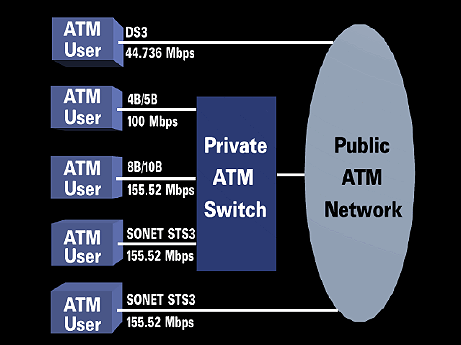 ATM now represents a particular implementation of Cell-Relay, namely the one chosen for the specification of the B-ISDN standard. ATM is thus a part of the ITU specification for B-ISDN. This can also be seen from the ATM layer model, which was formulated by ITU and contains the exact specifications of the functions and interfaces. Although it is largely based on the OSI reference model, it is by no means as linear in structure as the latter. 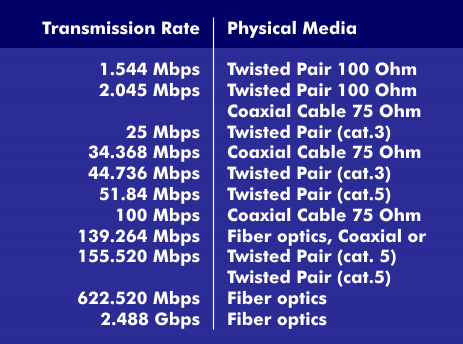 The standardization of ATM is carried out by the ITU- TS Subgroup( SG) XIII and by the ANSI Working GroupT1. In addition to these two bodies, the ATM Forum has set itself the task of accelerating the adoption of ATM through interoperability specifications. Through this work, the ISO with FDDI- PMD or the Internet Engineering Task Force( IETF) with RFCs for the Interim Local Management Interface( ILMI) with ATM addressregistration are involved in the standardization process.