OpenFlow is a protocol standardized by the Open Networking Foundation( ONF) that offers high flexibility for network virtualization. OpenFlow is implemented as an additional feature in Ethernet switches, routers, and wireless access points( WAP) and provides the ability to run other protocols on these networks without knowing details of the network components. OpenFlow is an approach for Software Defined Networking( SDN) and is implemented by well-known manufacturers in their components.

Unlike classic routers or switches, which operate with a data path for forwarding data packets and a control path for routing decisions, OpenFlow separates these two functions. 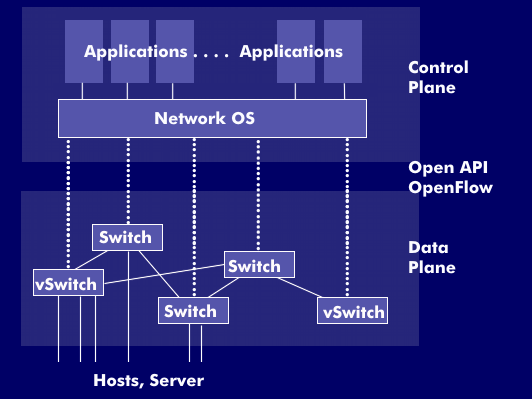