The wave traveling in the cable is then reflected at the end of the cable or at the connection between the cables and travels back in the cable. The returning wave interferes with the outgoing wave with which it is superimposed. Depending on the phase position of the outgoing and return waves, both waves can add up to a larger one or subtract to a smaller one. As a result, wave crests and troughs form on the cable at regular intervals. In the case of extreme mismatch, for example when the cable is open or shorted at the end, a total reflection occurs which can cause the two waves to add up to a double-sized wave or cancel each other out. 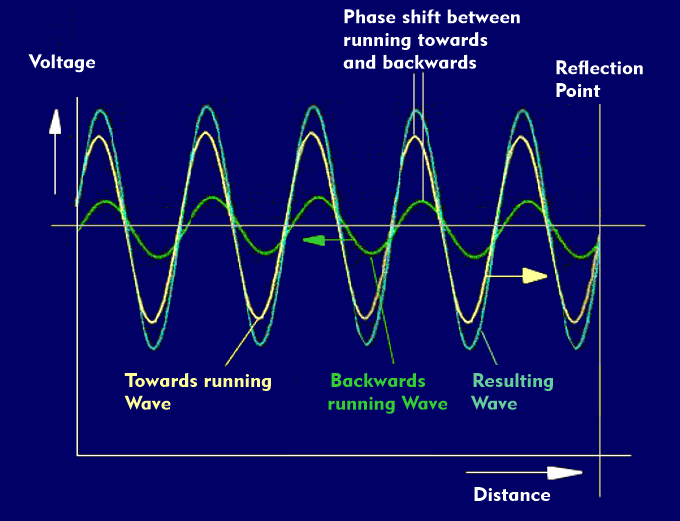 Creation of a standing wave at a termination with incorrect impedance 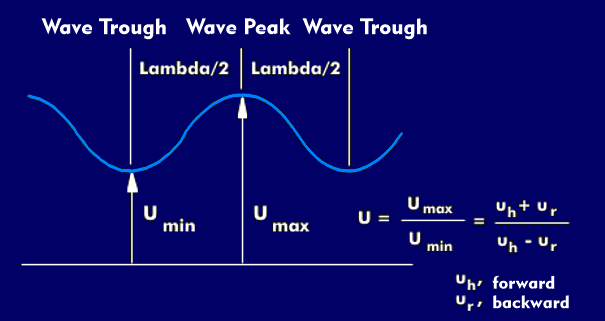 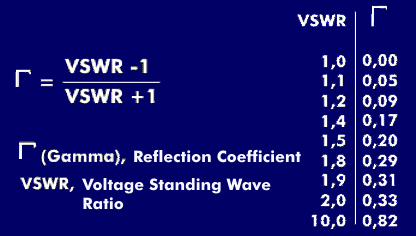 Relationship between reflection coefficient and VSWR

As a graphical representation for the standing wave ratio, the Smith chart is useful, which shows the complex impedances and admittances with their real and imaginary parts.