In general, the impedance "Z" is a complex, frequency-dependent quantity, which consists of a real and an imaginary (j) resistance and is uniquely determined by its magnitude "Z" and its angle Phi (`phi`). The magnitude is calculated according to Pythagoras from the square root of the sum of the squares of the real and the imaginary parts. The angle `phi` via the tangent. 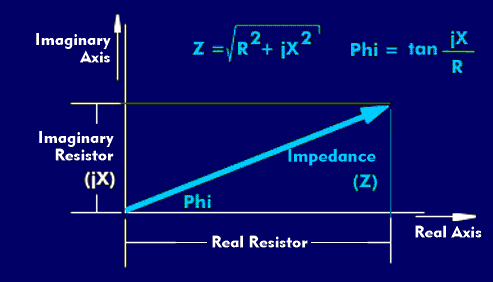 The reciprocal of the impedance is the admittance.