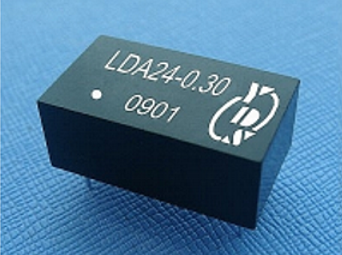 LED driver for constant currents up to 700 mA, photo:msc-ge.com

A current source is considered constant if, when the generator impedance is halved, the parameters to be measured do not change more than the required accuracy of the measurement.

Constant current sources are realized by feedback control loops with a control element, a transistor, field effect trans istor( FET) or operational amplifier. The control elements are regulated so that the current delivered to the load is always constant and independent of the load. If the load resistance becomes lower, then the control element becomes more highly resistive.