Nanotubes, like nanowires, are among the basic elements of nanoelectronics. They are long cylinders with a diameter of less than 100 nanometers (nm). They are most commonly made of carbon and referred to as carbon nanotubes(CNTs).

Carbon nanotubes result, metaphorically speaking, from rolling up a graphite plane into a tube. Nanotubes are characterized by high electrical and thermal conductivity, very high mobility, mechanical and thermal stability, and actuator properties at low voltage. 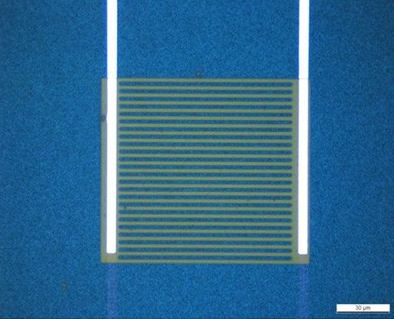 Carbon nanotubes are used as electrode materials in supercapacitors and fuel cells. In addition, amplifier elements are being developed from nanotubes in a three-dimensional arrangement to replace planartransistors.