While sensors convert a physical quantity into electric current, actuators do exactly the opposite and convert current or voltage into another form of energy, such as sound, pressure, temperature, motion, torque, light, and so on. The various methods of converting electrical energy into non-electrical energy used in actuators - electromagnetic, inductive, piezoelectric, opto-electric, magnetostrictive, electrostatic, electrochemical - determine the amount of energy that can be converted via their efficiency.

According to the conversion methods, actuators can be divided into electromagnetic actuators, piezoelectric actuators, electrochemical actuators, opto-electric actuators, magnetostrictive actuators, and actuators, Actors or Actuators, are electromechanical devices that convert an electrical quantity into a physical quantity. Actuators include speakers, lamps, and motors, as well as microgenerators, pneumatic cylinders, diaphragm pumps, and ultrasonic motors. They are used in acoustics, in drives and printers, in power supply networks, production and measurement and control technology. 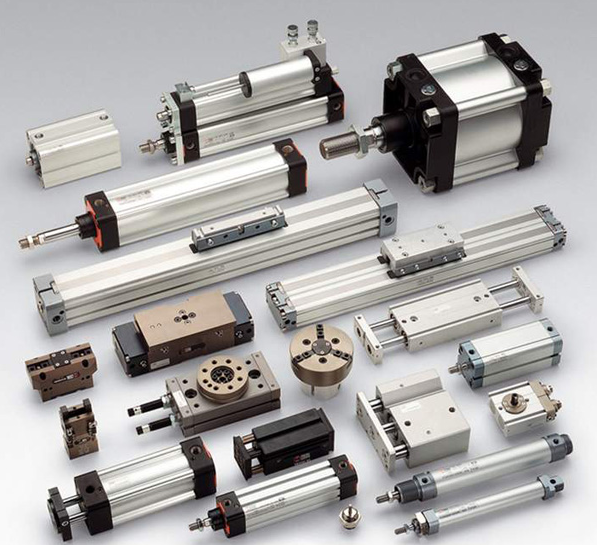 Electromagnetic actuators convert electrical energy into mechanical energy. This can be kinetic energy or rotational energy with which a switch, slider or potentiometer is moved in its switching state or position. It can also be a loudspeaker whose diaphragm moves in rhythm with the electrical oscillation, generating sound pressure. Or a motor whose rotor is moved by the electromagnetic field. For actuators with a positioning function, positioning accuracy and reproducibility are crucial.

Piezoelectric actuators use the inverse of thepiezoelectric effect. As soon as a voltage is applied to the piezo crystal, it deforms. Depending on the piezo crystal and the cut, it becomes longer, wider or it bends. The displacement resolution and the change dynamics are better than those of electromagnetic actuators, but a piezo actuator requires relatively high voltages for the smallest geometric deformations, which is why they are usually constructed from several layered piezo elements. Piezo actuators are used in piezo loudspeakers, piezo printers, piezo switches and in various other components.

Opto-electric actuators are light-emitting devices, i.e. the devices that emit light when a voltage is applied, such as light-emitting diodes and laser diodes. Such opto-electric actuators are used in optical transmission technology and optocouplers, in displays and touch screens, in scanners and optical mice, in LED printers and LED projectors, LED lighting and as LED headlights in motor vehicles.

Electrostatic actuators use electrostatic fields to move mechanical parts. Inmicrosystems technology, examples include the mirror movement of micromirrors in optical switches and in DLP projectors and the bending of microstiffeners in GLV projectors. Electrostatic loudspeakers and electrostats are known from acoustics, further examples are the blade holder of plotters or the rotation of color pigments in Mirasol technology.

Magnetostrictive actuators are based on the change in length of ferromagnetic materials. Magnetorestrictive materials are manufactured using sintering techniques and change their length under magnetic fields. These actuators can be used under high pressures and temperatures as positioning elements with the highest positioning accuracy in the micrometer range.