Integrated Gate Commutated Thyristors (IGCT) are switching components of power electronics. An IGCT thyristor is functionally equivalent to the GTO thyristor, Gate Turn Off. It is a controllable power switch that can be turned on and off by a current pulse at the gate.

IGCTs are characterized by high dynamic response between the on (On) and off (Off) states and differ from GTO thyristors by faster switching speed.

IGCT thyristors essentially consist of two elementary parts: the GCT thyristor structure and the gate unit, which is attached as close as possible to the GCT part. Hence the name Integrated. The integration of both parts is necessary to minimize interfering inductances of the gate unit. 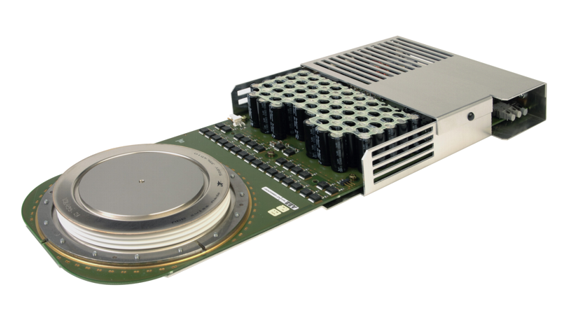 The advantages of the IGCT thyristor are the controllability of the switching process, the relatively high overload capability and the low on-state resistance in the switched state. IGCTs are used in power drivers, in inverters and converters, and in high-power low- frequency converters.