Digitalsignature (DSig) is an asymmetric encryption method using two cryptographic keys with mutual authentication: a private key for encrypting the signature-related data, and a public key used by the recipient todecrypt the message. Only the public key from the sender can decrypt the message.

In terms of the procedure, the hash value is determined for the document and encrypted with the user's secret key. 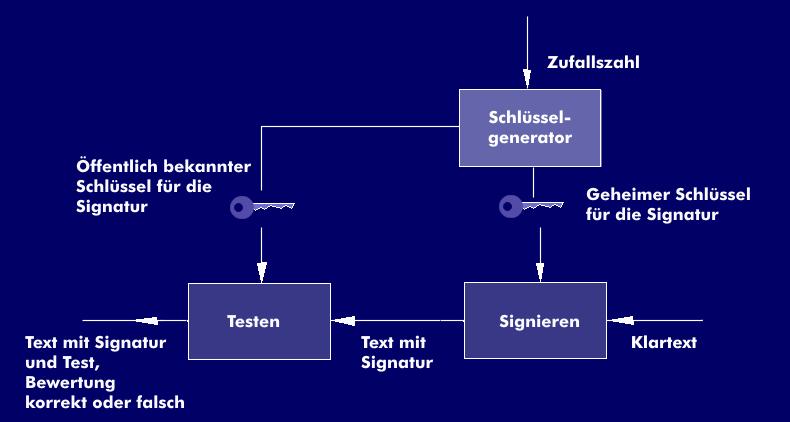 Principle of the digital signature 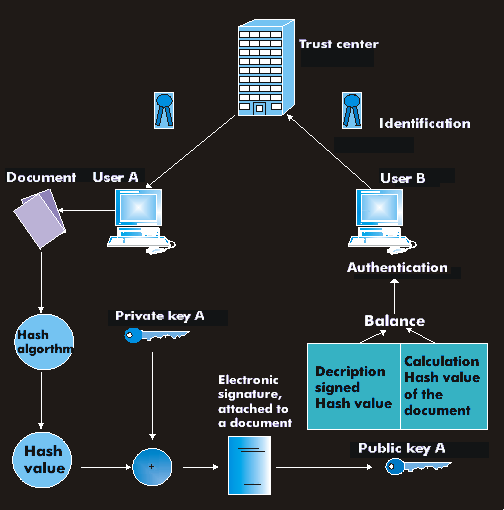 Basic operation of the digital signature

The digital signature is defined in an EU directive and must meet the security requirements already mentioned. However, the EU directive uses the term electronic signature.

The personal assignment of the public key is carried out by a trust center, which issues a certificate. The name of the certificate holder and his or her authorization to sign can be stored in the trust center. The secret key can be stored on a smart card and secured by biometric data, passwords and the like. Trust centers are liable for the accuracy of the certificates. Member States may subject the use of electronic signatures in the public domain to additional requirements. They are considered as evidence in legal proceedings.