To achieve such total absorption, anechoic chambers are equipped with attenuators and absorbers that completely absorb electromagnetic energy. 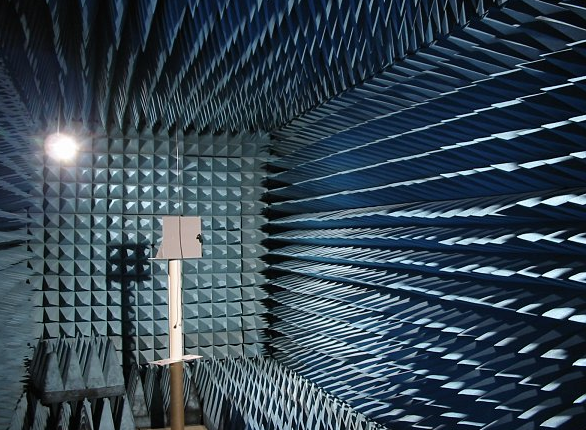 Such anechoic chambers, also known as compact pyramid chambers(CPCs) because of their pyramid-shaped absorbers, are used to measure spurious emissions and immunity. Antennas, their characteristics and radiation patterns can also be measured in them, as well as RF components, microwave ovens and other RF and microwave equipment and their electromagnetic compatibility( EMC). Since the room has perfect RF tightness, the test results are not affected by any external RF signals, but only those emitted by the equipment under test.