Absorption is the absorption of waves or frequencies. This effect occurs equally in optical and electrical transmission media and quadrupoles, but also in radio technology and acoustics. In general, all absorption involves the energy of electromagnetic waves, light waves, or sound waves being absorbed by the medium. 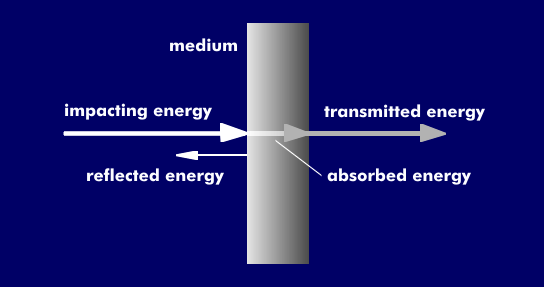 Reflection, absorption and transmission on a medium