Structure diagrams according to Nassi and Shneiderman represent each elementary structure block of structured programming as a clearly recognizable graphic individual symbol. There are clear rules for the representation of a sequence, a selection and a repetition. For practical reasons special forms like counting loop and multiple selection are defined as additional structure blocks. 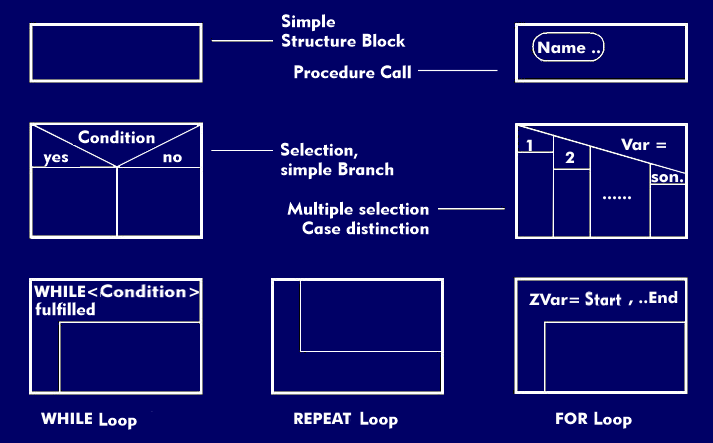 Structure block symbols according to Nassi and Shneiderman

For the construction of composite structure blocks there are two simple rules following the block concept:

Since the symbols shown may only be used in an edge-covering manner, any arbitrary composite structure block itself basically forms a closed unit with one input and one output. The block concept is preserved as long as edge-covering work is carried out. Finally, the structure diagrams offer much better possibilities to comment structure blocks than a program flow chart.
Advertisment
Informations:
Advertisment