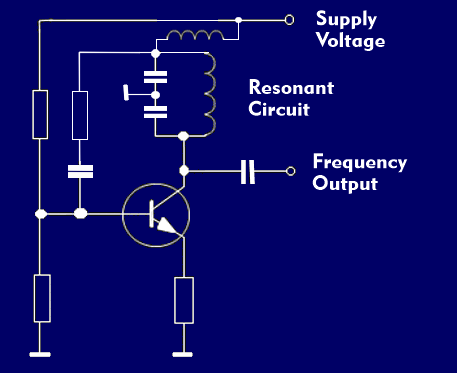 A circuit variant of the Colpitts oscillator is the Clapp oscillator. This oscillator has a series resonant circuit with a capacitive voltage divider connected in parallel.