Second mobile communications network in the Federal Republic of Germany from 1972. Like the A network, the B network was operated in the 150 MHz range; the frequency range was 146 MHz to 156 MHz.

In contrast to the A-network, connections were made using self-dialing traffic. In the B network, 39 duplex channels were available with a bandwidth of 14 kHz and a channel spacing of 20 kHz. As in the A network, frequency mod ulation with a maximum frequency deviation of 4 kHz was used as the modulation type. Both signaling and voice transmission were analog. The paging zones reached a radius of 50 km with a transmitting power of the base station of 20 W, with extremely high antennas in the land area even up to 150 km. 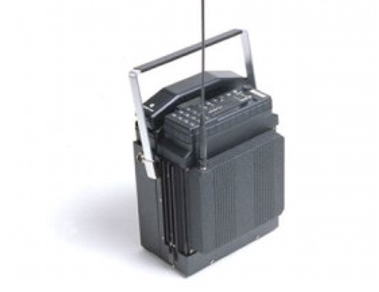 The B-network was not cellular; handover, as in modern cellular networks, was not possible in the B-network, i.e., the caller who wanted to reach a mobile station had to know where the subscriber was located. In 1980, after the A network was discontinued, the B network was expanded by its channels, so that a total of 76 duplex channels were available. Because of the extensions, the old B network was called the B1 network from 1980, and the new mobile telephone network, in which the frequency spacing of the duplex channels was also changed, was called the B2 network.

The B1/B2 network achieved coverage and its highest number of subscribers in 1985, with over 25,000 subscribers, 850 radio channels and 158 radio stations. The B network was decommissioned in 1994.