Handover (HO) or handoff is a handoff procedure in cellular networks and in WLANs that is used during active communication and starts to function when the cell phone moves from one radio cell to a neighboring one during a call. As soon as the receiving device leaves the transmission range of one base station and enters that of the next base station, handover begins. Communication continues without interruption even though the transmitters of the first and next base stations are transmitting on different frequencies.

The handover procedure during handover 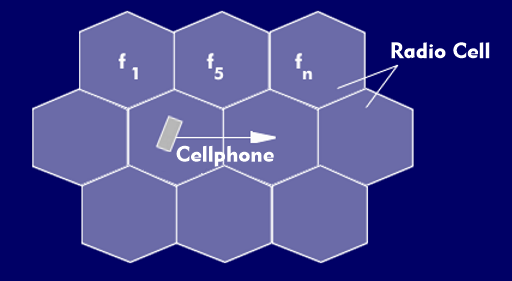 Handover of a cell phone when switching to another radio cell

If uninterrupted handover when switching from one cellular cell to another is associated with a change of mobile communications provider, this is referred to as roaming.