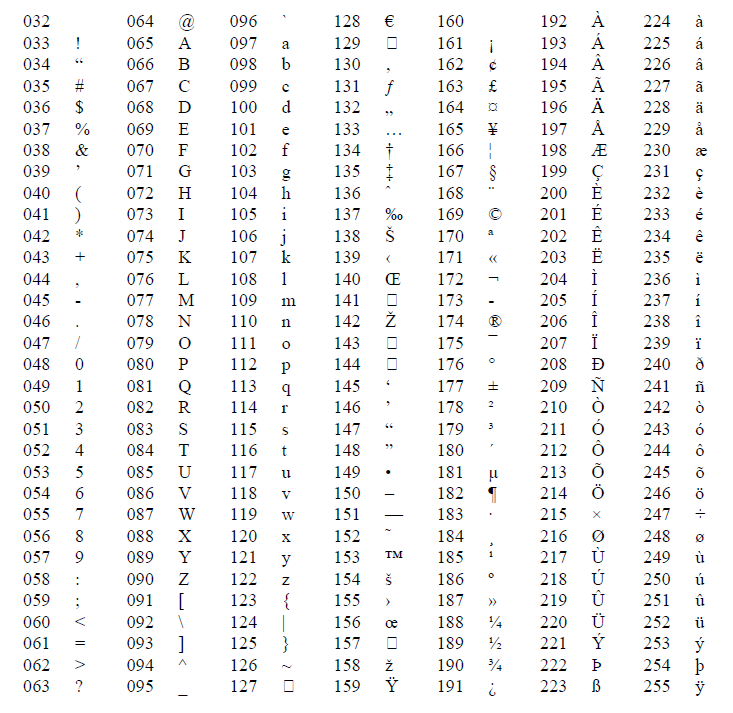 Characters of the ANSI code

The ANSI character set includes the German font with upper and lower case letters, letters from other fonts, digits and special characters as well as special control characters for text editing, for printers and for calling graphics. The character set was specified by ANSI and supports the design of user interfaces under Windows.