Private Branch Exchanges (PBXs) are private switching facilities to which one or more subscriber terminals, the extensions, are connected via extension trunks. The PBX itself is connected to the public telephone network and the local exchange via the main access line.

PBXs, unlike telecommunications systems, are designed exclusively for voice service, so they are often referred to as telephone private branch exchanges (PBXs) or private automatic branch exchanges(PABXs). 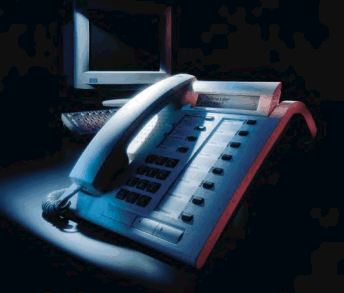 The heart of a PBX is the switching network that connects the input and output channels. The coupling network is controlled by a control unit in which the information from the attendant console, the system terminal and the stored functionalities are converted. The connections are formed on one side by the interfaces to the public networks, on the other side by interfaces to the PBX lines to which the subscriber telephones are connected.

The transition between the PBX and the telecommunication system is carried out by the computer-controlled PBX CPBX.