The rapid development of light-emitting diodes has produced light-intensive power LEDs that consume several watts of electrical power. Thanks to their luminous intensity, these power LEDs, which can also be combined to form LED arrays, are used for LED lighting in buildings, in LED projectors, as LED spots and in LED spotlights, as well as in traffic and signal technology and for street lighting.

High-power LEDs operate at operating voltages of 3 V currents of 2 A and above, which must be provided by the driver circuits. The main difference from energy-saving lamps is that light-emitting diodes are point sources whose light emission is concentrated on an area of only 1 sq. mm. This means that they have a high luminance in point form, which is best distributed by a diffuser in front of them. The point-shaped brightness, which relates to a small emission area, is also referred to as lumen density: lumens per square millimeter. 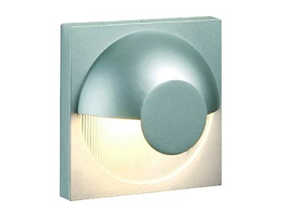 The advantages of Power-LEDs compared to conventional light sources are their space-saving design and the enormous luminous efficacy, which reaches peak values of 250 lm/W(lumens per watt). In terms of the brightness of the power LEDs, a distinction is made between high brightness LEDs (HB-LED) and ultra high brightness LEDs( UHB-LED). The latter achieve brightness values of over 4,000 lumens (lm) at a color temperature of 6,500 K. There are also Power LEDs as White LEDs(WLED) with different shades of white; in cool white and neutral white, which are suitable for office and indoor lighting.

The power LED as a means of lighting