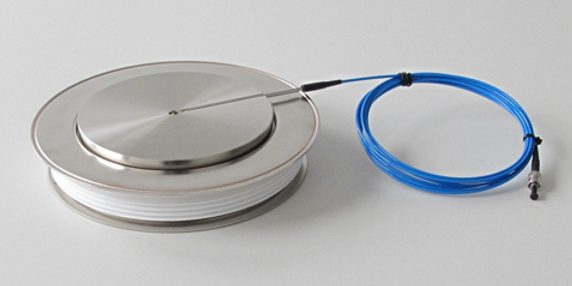 The excess charge carrier is increased by a current rise between the gate and cathode, causing the thyristor to turn on. The light power for gate control is less than 50 mW, the pulse duration of the light pulse is a few microseconds, and the light wavelengths are in the visible light range or in the infrared range at about 1,000 nm. 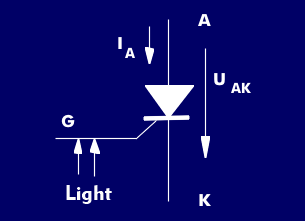 Circuit diagram of the light-controlled thyristor

LTT thyristors can switch high voltages of more than 10 kV and currents of several kilo-amperes. They can withstand current surges of well over 100 kA.