The term host dates back to the 1960s and was used for powerful mainframes that performed a central function in terminal networks and were used for time-sharing and in multi- user systems. Later, the term host was increasingly replaced by server. The term host says nothing about the size and performance of the computer, but only about its function. It can be used equally for local users and for remote applications. 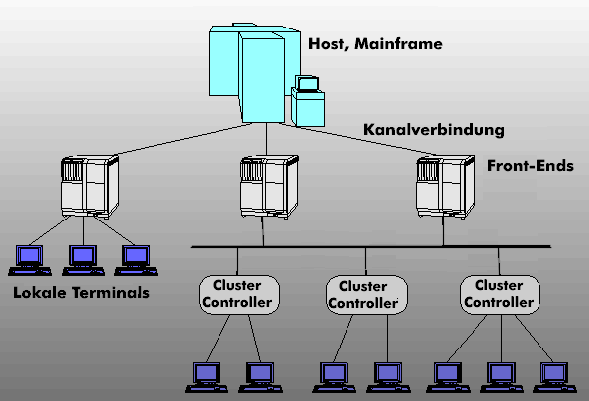 Such a system works most effectively when the host computer performs only processing-oriented tasks and is relieved of transmission-related tasks by the front-end processor. A host can consist of servers and serve clients.