Error Vector Magnitude (EVM) is a measurement method used to determine the quality of radio transmission of digital values. The EVM value is used to evaluate the overall reception quality, which is affected by noise, interference and non-linear distortion. EVM is the vector magnitude between the measured value and that of an ideal modulation vector, determined for each individual symbol. 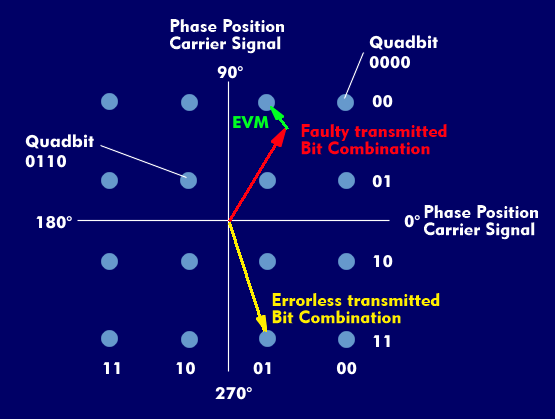 The EVM characteristic is used in 802.11WLANs and has become the industry standard for measuringcell phones, cable TV and WiFi. It is usually expressed in decibels( dB), sometimes as a percentage. It is calculated as the logarithm of the ratio of the error vector to the mean value of the symbol power.