In 3D scanning, the object is placed on a rotating turntable and scanned line by line with a fanned laser beam. Two CCD lines determine the angle of incidence of the laser beam reflected from the object and the computer forms a polygon model from the coordinates of the turntable, the angle of irradiation of the laser and from the scanned deflections. The spatial coordinates of the individual scanning points are calculated and concatenated together to form a digital object image consisting of many triangles. The resolution of the 3D model depends on the number of polygons, which in turn depends on the number of lines and object points sampled.

In principle, the process can also be carried out with stationary bodies and rotating digital cameras, as in the case of whole-body scanning. 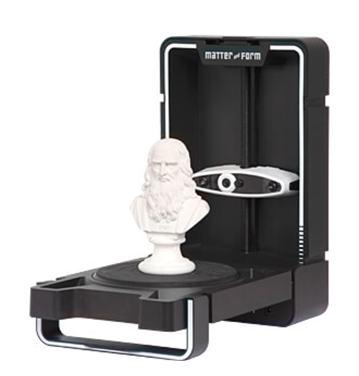 3D scanners are used in medicine and industrial development, as well as in the computer-based film and advertising industry for special effects.