The functional units of a transmission system also include the source coding, in which the information is reduced and converted into a bit sequence, the line coding, which ensures that the signals are adapted to the properties of the transmission media, the channel coding, with which redundancies are added to the bit stream in the form of check bits, and the modulator, which conditions the digital signal so that it can be transmitted via the transmission channel. 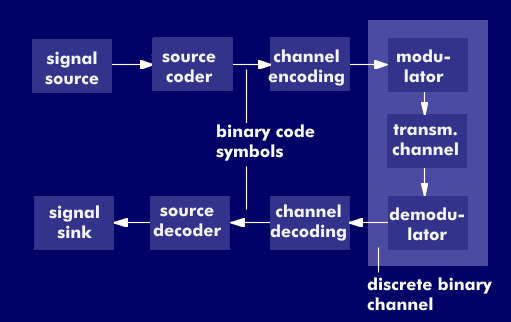 Components of a transmission system

An O/E converter consisting of phototransistors, PIN diodes or APD diodes generates electrical signals from the light pulses, which it feeds to the receiver. An optical transmission system can further include components for optical signal branching, signal generation and amplification.