The outer ends of the thick film resistors are surrounded with a conductive material that wraps around the top and bottom of the ends of the resistor. By having a conductive area on top of and also underneath the resistor, they can be soldered to circuit boards with the surface facing up and also down. In cases where the frequency is very critical or where the shortest possible running times are important, the thick-film resistor is soldered to the circuit board with the surface facing downwards.

Structure of a thick film resistor 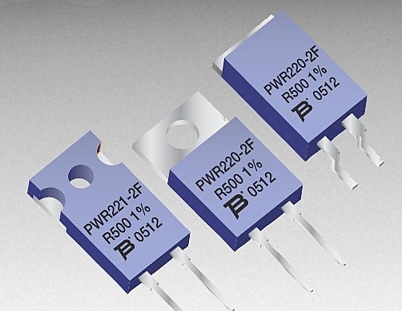 The size code corresponds to dimensions in milliinches (mils). For example, the dimensional code 0402 represents a size of 40 mils x 20 mils. Important characteristics of thick-film resistors include temperature coefficient, which for precision thick-film resistors is about 50 ppm/°C, stability of resistance value after 2,000 hours is 0.5%, and electrostatic discharge( ESD) resistance is 2,000 V. A disadvantage is the high inherent noise caused by the granular structure of the thick-film technology.